My fascination with wine sprang up on its own and developed alongside a passion for good food. In the beginning, I was primarily devoted to rich red wines, but the first tasting seminars broadened my focus to encompass more filigree wines, as well.

The more knowledge I gained and the more I interacted with other wine drinkers, the more my habits and interests began to gravitate towards the subject of wine. I began experimenting with old wines, conducting tests with different glasses and putting my own preconceptions on trial in blind tastings.

Soon enough, I realized that I had entered a new world – a singular and multi-faceted world which presented a wonderful alternative to the everyday. With the cultivation of my first and, at least temporarily, my very own row of vines and with our plans to establish a wine club approaching fruition, Florian, Martin and I have been able to continue to deepen our enthusiasm for wine.

My hope for the coming years is to learn even more and to taste the occasional rarity. Through WineBarrel, I look forward to the opportunity of offering others a glimpse of these experiences, and I hope that we're able to share some of our passion with the world.

Having grown up in a restaurant in the Oberaargau region, my acquaintance with the noble beverages began at a young age. Back then, by helping out in the restaurant cellar, I got to know the barrels, wooden crates and various types of bottles. I'd accumulated a sizeable collection of labels – mostly from Swiss wines, burgundies, Bordeaux and a few Italian wines. In 1968, our cellar flooded, and sadly my label album was completely destroyed.

From 1976 to 1979, my interest in the grape just kept growing. A wine enthusiast in Biel gave me my first introduction to Burgundy wines. We compared wines from the Côte de Nuits with ones from the Côte de Beaune, for example. The two that stick out in my memory were the 1961 Charmes Chambertin and the 1976 Corton-Charlemagne white wine.
My first major trip, from November 1981 to February 1982, took my wife Christine and me to Australia. In the Hunter Valley, we visited a few wine cellars; Lindeman's, Pokolbin Estate and Tyrrell's Wine, to name a few that stand out for me. From this point on, I was more enthusiastic than ever about discovering the "new world" of wine.
In the 80's, I tasted whatever was available in Switzerland at the time. During our one-year trip from 1986 to 1987, we visited nearly every wine region in Australia. We started out in Western Australia: Margaret River, Swan River. Southern Australia: McLaren Vale, Clare Valley, Barossa Valley. Victoria: Yarra Valley.
In the years that followed, my penchant for more filigree European wines grew stronger and stronger. Bordeaux also began to take on a more important role in my wine cellar. Pomerol: Château Gazin. St.- Julien: Ducru Beaucaillou. St.-Estèphe: Cos d'Estournel has been on my shelves since the 90's.
My annual business trips to the U.S. often concluded with a relaxing stop in the wine regions. I made several visits to Nappa, Sonoma, Central-Valley, Paso Robles Wine Country and, last but not least, Finger Lakes Wine Country in New York. And these are the regions where I picked up a few of the rare finds in my cellar.
For several years now, almost every year, we've been taking one or two trips to the Piemont, or Southern France, where we've discovered new oenological and culinary treasures for ourselves. Whether it's the Alba/Asti or Carpendras/Chateauneuf-du-Pape, both regions have their own unique charms.
In March of 2014, Christine and I took another trip to Australia and New Zealand to visit old friends. One of the highlights of the trip was a visit to the Providence vineyard in Matakana, where we were cordially received and hosted by Jim Vuletic.
The establishment of the WineBarrel wine club was the fulfilment of a long-awaited dream for me. Now, I can indulge my hobby even more and share experiences with others.
Other hobbies: cooking and enjoying food, classic cars, music of the 60's-80's.

My wife and I have enjoyed wine ever since we were just 20 years old. We didn't know what to look for when buying a wine and had to first figure out what we liked.

At tastings and basic classes, we found pleasure in the complexity of the grape. 7 years ago, I had the privilege of taking part in a blind tasting which included a 1987 Château Mouton Rothschild. At that precise moment, I knew that I would be getting much more involved with wine than ever before. Along with my friends, I started cultivating the hobby even further, but all the while, I felt a growing desire for a steady exchange of experiences and aspirations.

I'm very pleased to be able to delve even deeper into the world of wine, enjoy unique experiences and connect with other enthusiasts. 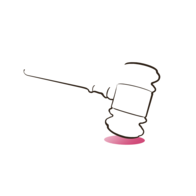 Browse our auctions for rarities and trouvailles.
Now with 360° view of the bottles! 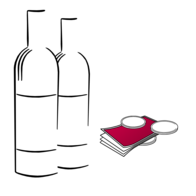 Do you have too much wine?
Please contact us for an offer.